The son of an insurance salesman and a social worker, fructifying in the piney woods of Texarkana, I was as muddled as the name of my town. We drove a light-blue Ford Thunderbird; not the old, classic kind, but a brand-new one that had a sticker on it. The one with the electric windows and mirrors and the headlamp covers that flipped open when you turned on the headlights and an in-dash eight-track player. My dad and mom both used Aqua Net hair spray. He parted it on the right side and always carried a comb. She got permanents and had curlers that heated up every Saturday night while we all watched The Lawrence Welk Show and Hee-Haw. The eight-tracks in rotation were Elvis, Willie Nelson, Olivia Newton John and Bill Gaither. Everything I’ve ever done musically can be traced back to there — that Ford Thunderbird, those sounds, the view out of those windows and my brother punching me in the arm on the way to Sunday morning church

That is all metaphor and all true

I didn’t mean to write and sing songs for a living. Doesn’t seem like much of a thing to get paid for. I’d guess the odds are about the same as winning the lottery or getting struck by lightning. Given my nepotistic hookup, my assumption was that I would move back home after college to sell insurance for my dad and eventually take over the family practice. Who doesn’t love a good actuary table?

And yet, one late October night, on an apartment balcony in Waco, Texas, just off of the Baylor University campus where I was student, a friend spun yarns that fell on me like a blanket; and the course of my life was altered. He was an itinerant pastor of a rural church just outside of town. 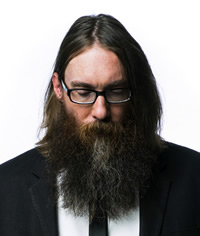 “So, I get a call at two in the morning,” he says. “It’s Carl Reeves on the phone, ‘Pastor. We need you. You gotta get out here, now.’ And so I go. I get in my truck, and I go,” he says. “It turns out Carl has a cow that has taken sick, and he wants me to pray for it. To get in the mud, put my hands on this cow and pray for divine intervention on behalf of this bovine beast… And so, there I am. In the mud, chasing this cow around, trying to get my hands on the thing long enough to spit out a prayer.”

Right then, I was being rescued. I had left the church, and this was the beginning of my way back. As it goes with hypocrisy, judgment, dogmatism, and all the rest of it that Jesus put to death, it’s hard to see in yourself what you readily see in others. And into my cynicism and anger my friend began to dream aloud, “What if church really was like family? What if we pretended the ‘brother and sister, son and daughter’ stuff was real? What if relationships were thought to be rare and valuable things? What if it was just a bunch of people who loved each other and were simply trying their best to follow this Jesus we read of in Scripture? What if we pretended the ‘love your neighbor as yourself’ thing was a better way to live? What if we got in the mud for each other at two in the morning? What if the cow dies and it’s okay because we are there, in it together? What if we pretended we are all sinners? What if we pretended grace is real? What if the word ‘pretend’ felt less powerful than the word ‘believe’ because we did actually believe? What if…”

In the year of our Lord, nineteen hundred and ninety-five, we started a church. It was my task to collect sounds and words that would give expression to our communal experience there in Waco, Texas; and a year or so into our endeavor I began to write original compositions, organic things with the stuff of our local soil in them. In the year two thousand, at the dawn of a new millennium, the devastation of Y2K upon us, with great hope, The David Crowder*Band was formed. We recorded six full-length albums reflecting our colloquial journey as a community; and we carried the songs of our journey back and forth, as delicately as we could, across the United States of America and around the world. It was miraculous. To find myself in such exotic locales as Tokyo, Japan, or Omaha, Nebraska, standing on stage, the son of an insurance salesman, discovering that these little songs with Heart-Of-Texas roots had gotten there before I had. It is amazing what The Divine can do with a little tiny thing when you stop pretending and start believing.

I was sitting in the front of a tour bus, in the “jump seat,” right next to the driver, watching the white lines of the interstate stop reflecting the light of the headlamps and start reflecting the light of the sunshine. You’d find me there most mornings. It was the last tour of The David Crowder*Band, and I had no idea what was coming next. I just knew there was a period, a full stop at the end of that sentence. We were topping a hill while the sun was breaking over treetops on a tiny West Virginian coal town. It was cinematic. Quaint. The dominant architectural feature, bathed in sunlight, pointed to the sky determined and defiant, was a steeple.

We don’t build churches like this anymore. Now they look like office complexes. Now we ensure there is approachability, a commonality, a familiarity. Here, in the early morning sunshine, I imagined a harder time, where life and death lived closer together. When a simple structure in the middle of a town could point to something higher, more transcendent, a thing coming that would make it right. A thing so overt that it couldn’t be missed…

When everything in earth is groaning, “There must be something more,” there is an answer — a monument to the dream of God, a thing unmistakable, sitting in the middle of town. In that moment, topping a hill in rural West Virginia, with new sunshine in the early morning air, I knew I wasn’t done making music; and I knew I wanted whatever I made next to feel like that — a thing pointing up in the middle of all this. 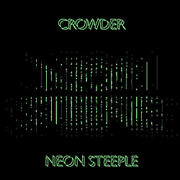 Neon Steeple is a collection of songs and sounds looking forward to the past and counting the present as sacred. It is a longing for belonging, a search for home. It is a collection of choruses that believe that this is not all there is. There is more. There must be.

It is the sound of the Appalachians and Ibiza. Folk music and EDM. The music of the People. Folktronica. Digital and Analog. The Ones and Zeros and the Handshake. The Banjo and the 808.

Neon is an inert noble gas that is obtained from the distillation of liquid air, what we breathe in and out to stay alive, just thicker. You can drown in it. This is metaphor.

Neon, a stereotype, a thought that may be adopted about specific types of individuals or certain ways of doing things that may or may not reflect reality. Its utilitarian function is usually selling some product or way of life that distracts a human from the thickness, the weight, the heaviness of the here and now.

Neon Steeple is both a critique and a hope. The meta-narrative of Scripture is about innocence lost. It is about displacement, about things not being right and a search for belonging and home and forgiveness and reconciliation, the tension of death and life, what it means to be alive. The story is not about making bad people good; it is about making dead people alive. The story sold is rarely that.

What if we started believing?