While he was trying to figure a way out, he had a dream. God’s angel spoke in the dream: “Joseph, son of David, don’t hesitate to get married. Mary’s pregnancy is Spirit-conceived. God’s Holy Spirit has made her pregnant. She will bring a son to birth, and when she does, you, Joseph, will name him Jesus—‘God saves’—because he will save his people from their sins.” - Matthew 1:20-21

I could feel my blood pressure rising as Chris and I argued once again where we would spend Christmas. Chris, an only child, felt it was best spent with his parents while I, the second oldest among six siblings, wanted to see my family. We were both tired of negations because neither one of us was willing to relent.

Chris’ parents had moved to Nebraska and we could see them anytime we wanted. Plus we spent nearly every holiday with them. It was a blessing to have them close by but all my family lived in Wyoming. Because of our busy lives, not to mention the eight hours that separated us, we hadn’t been to Newcastle in years. I was desperate to see my siblings and their families.

When life changes, when circumstances aren’t as we expected, when we are navigating new territory, we need hope. Can you imagine for a moment how the Christmas story might have been written if Mary and Joseph lacked the capacity to adjust to things beyond their circumstances? Where was hope in the middle of their scandalous story?

To begin with, Joseph had to adjust to the fact his fiancé was already pregnant. According to the law, he could have had her stoned instead he planned to save face and quietly divorce her. We can read between the lines of today’s passage the devastation, betrayal, and dashed hopes Joseph felt as he was trying to figure a way out.

But God sent an angel to tell Joseph that Mary was with child conceived by the Holy Spirit and that this child would save their people. So instead of sending Mary away, he married her. 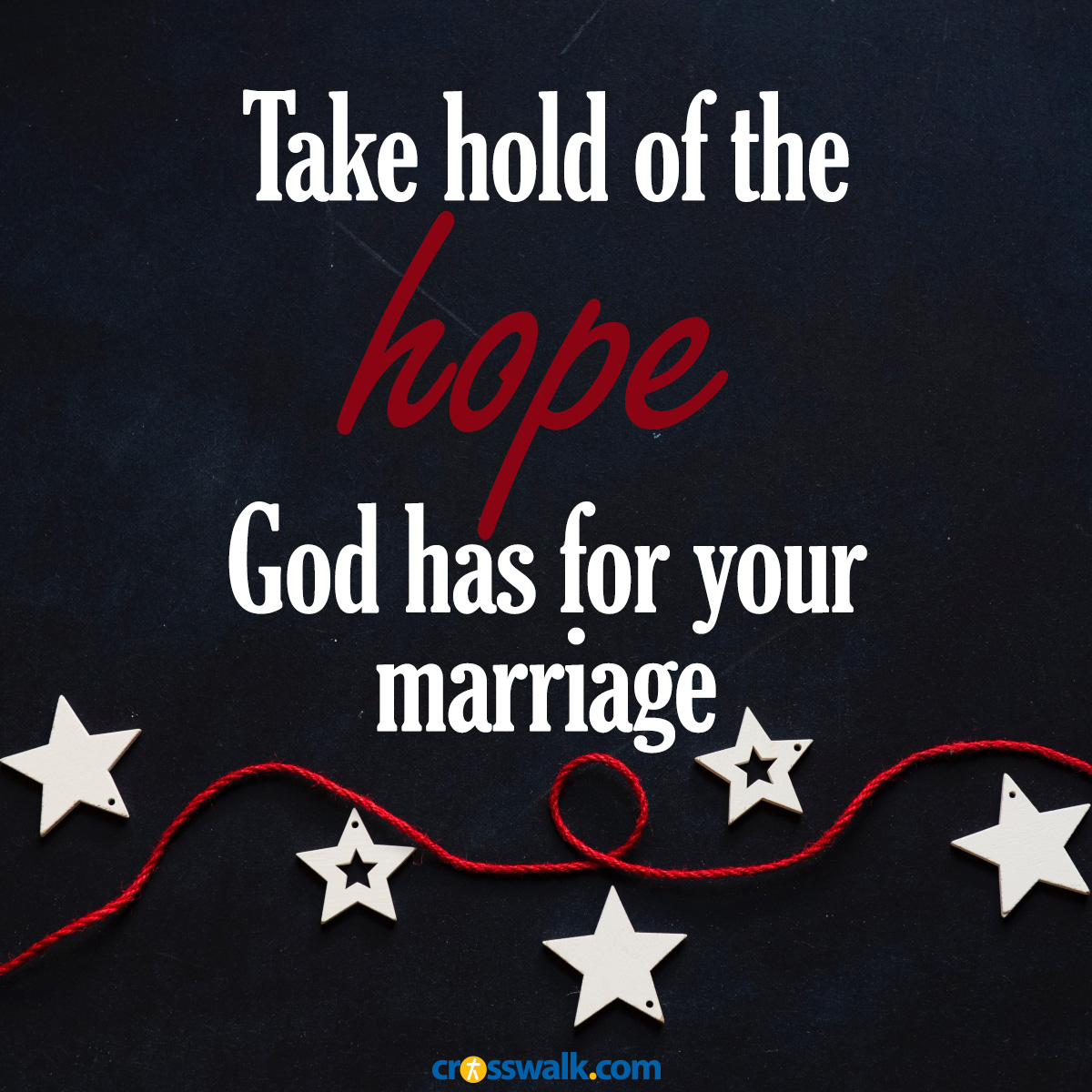 While the first year of marriage is always difficult. Mary and Joseph faced a unique set of challenges. On top of dealing with no ordinary pregnancy filled with disgrace and gossip, trying to establish their home, run a business, and learn how to live together as a couple, they were forced to close up shop. They had to travel to Bethlehem because the Roman government was conducting a census in order to raise taxes. Every man had to travel back to their birthplace. Just what they needed!

Early one morning, Mary and Joseph left their home for Bethlehem. Mary was eight months pregnant and rode on the back of a little donkey. Joseph had a short tether wrapped tightly around his arm to lead the little burro and prevent it from dislodging Mary. They stopped along the road, slept on the hard ground and had to make due with less than ideal circumstances.

Finally, when they arrived within sight of the city, Mary stopped. She probably said something like, “Husband, I cannot ride one more moment. I’m going to sit here while you go into the city of Bethlehem and book us a room at the Holiday Day Inn. Be sure to tell room service to bring up more clean sheets, towels, and boiled water for when the baby comes.”

Mary was a long way from home, emotionally drained, worn-out, and at the end of her rope. Especially when Joseph returned to tell Mary, “Wife, the Holiday Inn was sold out, so I checked every hotel—even the Country Inn. Finally, I convinced one of the managers of their valet service to let us crash in their manger. I paid him the last of our cash for fresh straw and privacy. We’ll be the only ones there besides all of the livestock.”

That night, heaven bent down and kissed the earth as the Son of God was born.

Can you imagine how the Christmas story might have been written if Mary and Joseph didn’t have the capacity to hope or the ability to compromise beyond their circumstances?

Father Richard Rohr says, “Hope is the patient and trustful willingness to live without closure, without resolution, and still be content and even happy because our Satisfaction is now at another level, and our Source is beyond ourselves.”

Hope is the essence that allows us to bend beyond our circumstances.

Hope has the ability to breathe air into crushed hearts allowing them to expand and beat again.

Hope creates room in our hearts for something more beyond ourselves.

Hope gives us fresh eyes in the midst of our struggles.

Later that evening, Chris came downstairs to check on me. Exhaustion had put me to sleep when he woke me. “I know what we can do, instead of traveling in between houses, let’s have Christmas here this year.”

This idea, this compromise was completely out of the box and unexpected but I couldn’t have imagined a better idea. I was bursting at the seams with excitement and so thankful for Chris choosing to find a way to make it work.

Like Mary and Joseph, every couple on earth must learn to develop this capacity to hope if they are to enjoy a happy marriage. Real-life is filled with unexpected turns and unforeseen problems. There was doubt, trust issues, complications, and instability. But with help from God, Mary and Joseph were determined to make it work. It was their destiny to raise the Son of God. Together. Their love story is a marriage lesson to us all.

Related: Listen to our new podcast, The Characters of Christmas with Dan Darling. You can find all of our episodes at LifeAudio.com. Here's Episode 1:

Heather Riggleman calls Nebraska home (Hey, it’s not for everyone) with her three kids and husband of 20 years. She writes to bring bold truths to marriage, career, mental health, faith, relationships, celebration and heartache. Heather is an author and a former national award-winning journalist. Her work has also been featured on Proverbs 31 Ministries, MOPS, Today's Christian Woman and Focus On the Family. You can find her at heatherriggleman.com or connect with her on Instagram.

Related Resource: Listen to our new, FREE podcast on marriage: Team Us. The best marriages have a teamwork mentality. Find practical, realistic ideas for strengthening your marriage. Listen to all of our episodes for free on LifeAudio.com or in your favorite podcast app!