In Greek philosophy, the logos remains an impersonal force, a lifeless and abstract philosophical concept that is a necessary postulate for the cause of order and purpose in the universe. In Hebrew thought, the Logos is personal. He indeed has the power of unity, coherence, and purpose, but the distinctive point is that the biblical Logos is a He, not an it. 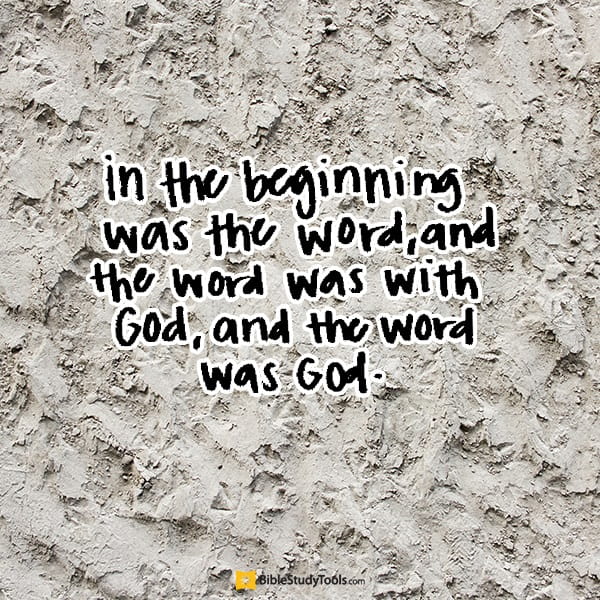 All attempts to translate the word Logos have suffered from some degree of inadequacy. No English word is able to capture the fullness of John's Logos when he declared that the Word became flesh and dwelt among us. Attempts have been made by philosophers to translate Logos as logic, act, or deed—all of which are inadequate definitions.

God's Logos does include action. The Logos is the eternal Word in action. But it is no irrational action or sheer expression of feeling. It is the divine Actor, acting in creation and redemption in a coherent way, who is announced in John's Gospel.

That the Word became flesh and dwelt among us is the startling conclusion of John's prologue. The cosmic Christ enters our humanity. It is the supreme moment of visitation of the eternal with the temporal, the infinite with the finite, the unconditioned with the conditioned.

Reflect on this truth: God became flesh to accomplish your redemption. Have you accepted His gift of salvation?

John 1:15: "John bore witness of Him and cried out, saying, ‘This was He of whom I said, `He who comes after me is preferred before me, for He was before me.'"

This post is adapted from "Interpreting the Logos" by Ligonier Ministries. Used with permission.

This content first appeared on Crosswalk.com and is used here with permission. To view the original visit: https://www.crosswalk.com/devotionals/your-daily-bible-verse/how-is-jesus-the-word-bible-study-minute-december-15-2017.html